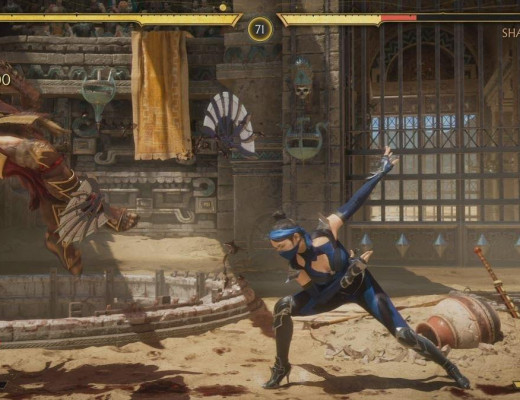 Mortal Kombat 11 has plenty of systems at play whether you're fighting in close matches, learning all of its intricacies, or navigating its web of menus and customization options. In-game explanations do a good job of showing players most of the elements, but there are a few things beginners will want to keep in mind when jumping into Mortal Kombat 11. We aren't necessarily here to lay out expert-level combo strings and professional-level strategies to get you rising in the online ranks, but we're here to help guide you through the game's plethora of features and acquaint yourself with more advanced concepts.

We have Mortal Kombat 11 covered from almost every angle. If you're into the gruesome, gory nature of the game's history, you should be happy (I guess) to know that we compiled every single Fatality and every Fatal Blow from the 25-character roster--we also managed to capture most of the match-ending Brutalities. Klassic Towers feature character-specific endings, and you can see all of them here. If you want all the details on the ridiculous, but deep lore of the franchise, read through our feature on the story so far in Mortal Kombat. And lastly, if you're thinking about getting into this latest entry, check out our Mortal Kombat 11 review-in-progress.

Do The Tutorials And Character Lessons

Netherrealm Studios has gone the extra mile by making sure fighting game beginners and veterans alike can efficiently learn the ins and outs of Mortal Kombat 11. Thanks to a robust tutorial, not only will you learn about different strategies for certain situations of a match, but it'll walk you through the more complex fighting game mechanics like the frame data of movesets and how to use this information to your advantage. If you're having trouble with an opponent who's good at zoning (keeping you away with ranged attacks), there are tips on how to deal with it. And if you can't escape pressure, there's a lesson for that. MK11's tutorial is an incredible resource that makes high-level strategies accessible and offers knowledge that you can take to any other fighting game.

Each character has their own tutorial as well. These are quick rundowns of their movesets and explanations on when and why you would use a particular move or combo. Here, you're given the building blocks to begin figuring out how to effectively play anyone in the roster. You also get a skin for whichever character's tutorial you complete. Every lesson awards you with 1000 Koins and completing each section gives you 10 Time Crystals, some valuable in-game currency used to unlock extra content.

Beyond the tutorial itself, each character's inputs for special moves and combos are available in the move list with all the frame data and damage numbers included. This helps pull the curtain on information traditionally dug up by more seasoned players. For example, Scorpion's iconic spear attack that pulls an opponent inward has a 17-frame startup, a 30-frame active window, and a 40-frame recovery; and if it's blocked, you'll be at a 55-frame disadvantage. It's a projectile move that hits high and does 7.3% damage and 1.25% chip damage. All that information is readily available in menus for every single character's moves.

Mortal Kombat 11 has a new comeback mechanic called the Fatal Blow (similar to the X-Ray technique in Mortal Kombat X). When you're down 30% health or less, you're granted the opportunity to perform a Fatal Blow by pressing both triggers simultaneously. Character animations will vary, but if you land it, the fight will transition to a quick cinematic style combo that deals 31% damage.

You're only allowed to land one per match, so use it wisely and don't waste it on the first round if you don't think you can realistically make a comeback. Fatal Blows can also be blocked (although it'll still be available to use in subsequent rounds); consider using it in a combo string for a guaranteed hit.

Make Use Of The Offensive And Defensive Meters

Most fighting games have you building up a meter in order to unleash a special attack, but Mortal Kombat does things a bit differently. You have two separate meters: offensive and defensive. You get two charges each and fights begin with them at max. They will automatically replenish at a fixed rate after being used.

Amplifying certain attacks (pressing the R1 or RB) expends the offensive meter, which results in extra damage, additional hits, or the opportunity to extend combos in the right scenario. Performing breakaways (pressing R2 or RT) will let you escape juggles and get back up faster with a window of invulnerability.

Put Together Some Combo Strings

While each character has a roster of basic combos in their move list, you'll want to learn how to create extended combo strings. It's routine for most fighting games, and Mortal Kombat 11 equips you with the knowledge needed to experiment yourself, but you'll have to work on this for advanced-level play.

Mechanics like launch attacks to set up juggling combos, stun attacks to make opponents vulnerable, and Amplified attacks to create windows for extended combos are the keys to better combos. As detailed as the tutorial is, it won't spell out combo strings for you but does a great job of explaining the tools necessary for executing advanced combos.

Customize Character Variations To Your Liking

Mortal Kombat 11 features more customization options than previous games. You can pick out your favorite special moves, pieces of gear, and stat-changing augments to create your own variations for characters. This allows you to get creative and combine different elements of a character's moveset, but also tweak how they behave in fights. Cosmetics aren't tied to stat changes like Injustice 2, so you can put all that gear you've gathered to use and make fighters look the way you want.

But Get Familiar With Preset Variations To Play Competitively

While you can tinker with the many aspects of each character when you make your own custom variations, you're restricted to two predetermined variations when playing ranked matches online. You can still go into battle decked out in your favorite outfit and gear pieces, but you'll have to do that to the preset variations. Be sure to practice using these presets and study what they're capable of to stay on top in MK11's competitive matches.

The Different Currencies And How They Work

Koins are the most abundant currency and are awarded for pretty much doing anything in the game. You use Koins to open most chests in the Krypt which can grant you cosmetic gear, new animations and moves, flair for your Kombat Kard--among other things. Soul Fragments are another type of currency acquired by winning matches. You can begin spending these once you obtain Ermac's amulet in the Krypt, which is used to open green chests or repair the bridge on the island. Hearts are yet another in-game currency that you earn by performing Fatalities and Brutalities in matches--these will let you open another type of special chest in the Krypt. Towers Of Time challenges and Krypt chests also reward you with these currencies to help accelerate the process.

Time Krystals are a form of premium currency that can either be purchased or earned in specific challenges. These allow you to straight-up buy things in the Premium Shop like character skins and new intro or taunt animations. As it stands, the price of items in the Store makes it fairly difficult to buy things by solely grinding for Time Krystals.

Use Our Krypt Guide!

The Krypt has changed quite a bit this time around. It's now a sort of third-person adventure mode where you explore Shang Tsung's island, solve puzzles, and spend in-game currency to open chests that unlock extra content. As previously mentioned, rewards range from character cosmetics to brutality and second-fatality inputs which are found in chests that are littered across the island. Long-time fans will also come across plenty of references and Easter eggs while exploring, like Goro's dining room and Motaro's Horn. There's a lot to discover in the Krypt and we have a general walkthrough to help get you around efficiently and gain access to the majority of its areas--be sure to watch our Mortal Kombat 11 Krypt guide here.

You'll get an item in the Krypt, Kenshi's Blindfold, that lets you see through walls and discover invisible chests. However, using it will expend Soul Fragments which are very valuable. Use the blindfold wisely.

Grind At The Towers Of Time

At the end of the day, the Towers Of Time is the most efficient place to grind for currency and obtain gear. Towers consist of a series of fights with specific (sometimes whacky) conditions and modifiers you won't see anywhere else in the game. For example, you might have to win two rounds in a match while your opponent only needs to win one, or missiles will randomly shoot at you throughout the match and deal unblockable damage. Modifiers widely vary, some of which might be frustrating to deal with. This is also where you use "konsumables" which are a variety of stat boosts or attacks you can summon to give you an edge (or even the playing field) in the more challenging towers.

If you find the Towers Of Time to be more on the frustrating side, then we suggest sending in an AI ally to do the fighting for you (you can tinker with AI behavior when you customize variations, too). You'll have to watch them fight, and they might not win very often, but you still get rewards.

Daily Challenges Are Another Way To Get Currency

When you pull up your Kombat Kard in the main menu, you can see a set of daily challenges on the left. So far, these have been fairly simple tasks like winning a certain number of matches with a specific character regardless of difficulty and opponent type (AI or human). Completing these challenges reward you with in-game currency like a decent chunk of Koins.

Story Mode Is Great And Gets You A Good Amount Of Koins, Do It

Mortal Kombat 11's story mode brings you into the series' lore with self-serious, yet ridiculously fun cutscenes and player-driven fights. You'll get acquainted with most of the game's roster by playing as them and getting their backstories throughout story mode's 12 chapters. In addition to being a wildly entertaining ride with a ton of great moments for long-time fans and newcomers alike, the Story mode awards you a lot of Koins and some cosmetic items to get you started on the customization process. 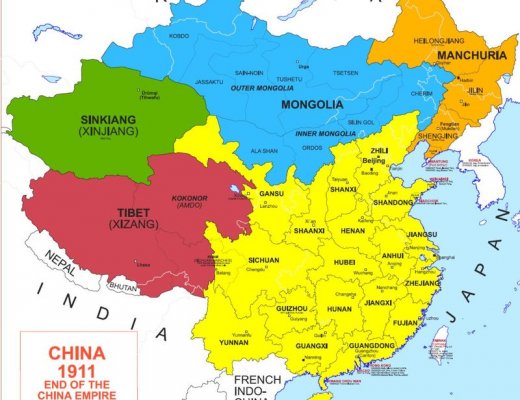 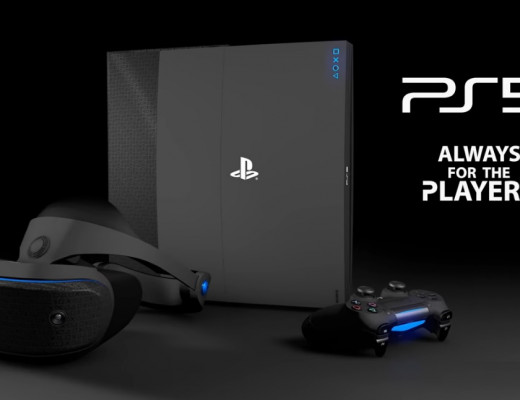 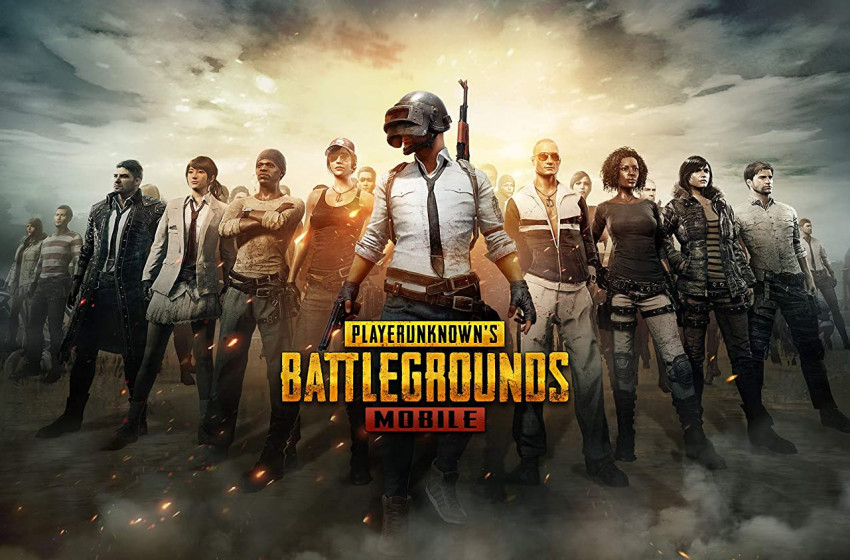 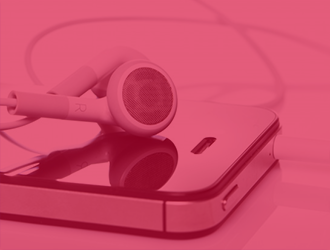 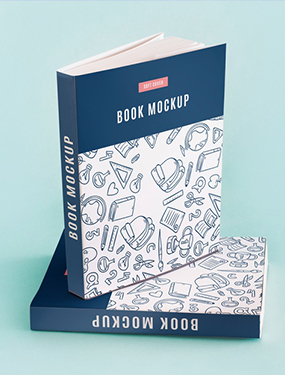